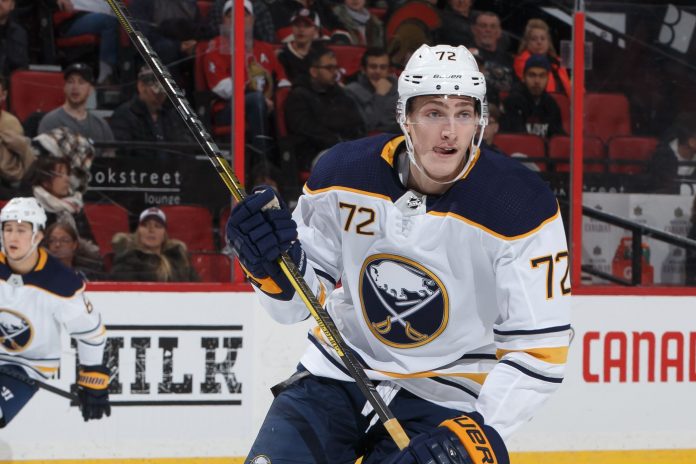 I have a Buffalo Sabres jersey shirt that my husband gave me on my very first Christmas here in New York. It is a jersey hockey shirt of my favorite former Buffalo Sabres player Tim Connelly and has number 19 on it. I really like him because he is very cute. He also plays hockey very well. I have this jersey shirt since December of 2000. Tim Connelly is not playing in the Buffalo Sabres anymore. I do not know what team he is playing now.

Yesterday, my family watches the hockey live. The Buffalo Sabres is playing against Carolina Panthers. This is their second meeting of this year. We arrived in the First Niagara Center early. We decided to check the arena after we had an early dinner.
My Buffalo Sabres pink hockey shirt

There is a store that sells Buffalo Sabres stuff. They sell uniforms, accessories and toys for any Buffalo Sabres fan. I found this pink shirt that has a Buffalo words on the front a Buffalo Sabres team trademark. I really like it. I am glad that they have a size medium. It is a little pricey. It was $24 for this shirt. I ask the husband first. He told me if I want it then I can have it. I am now a happy woman.